'Zakir Hussain & The Masters of Percussion' 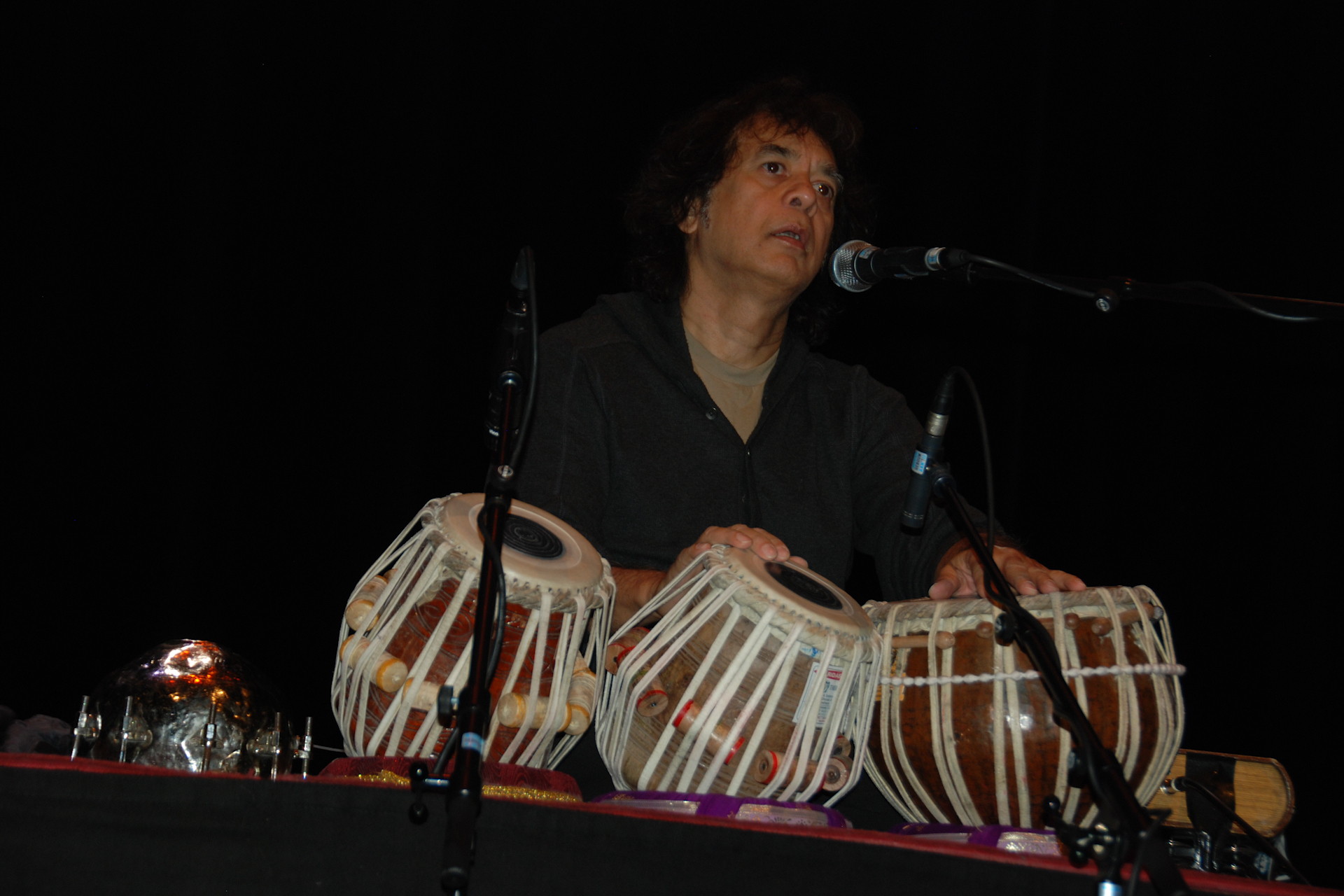 Zakir Hussain is today appreciated both in the field of percussion and in the music world at large as an international phenomenon. A classical tabla virtuoso of the highest order, his consistently brilliant and exciting performances have not only established him as a national treasure in his own country, India, but gained him worldwide fame. His playing is marked by uncanny intuition and masterful improvisational dexterity, founded in formidable knowledge and study. The favorite accompanist for many of India’s greatest classical musicians and dancers, he has not let his genius rest there. Widely considered a chief architect of the contemporary world music movement, Zakir’s contribution to world music has been unique, with many historic collaborations, including Shakti, which he founded with John McLaughlin and L. Shankar, Remember Shakti, the Diga Rhythm Band, Making Music, Planet Drum with Mickey Hart, Tabla Beat Science, Sangam with Charles Lloyd and Eric Harland and recordings and performances with artists as diverse as George Harrison, YoYo Ma, Joe Henderson, Van Morrison, Airto Moreira, Pharoah Sanders, Billy Cobham, Mark Morris, Rennie Harris, and the Kodo drummers. His music and extraordinary contribution to the music world were honored in April, 2009, with four widely-heralded and sold-out concerts at Carnegie Hall’s Artist Perspective series.

Rakesh Chaurasia, the nephew and child prodigy of flute maestro Pandit Hariprasad Chaurasia, has a famous name to live up to. Amongst the promising musicians of the second generation, Rakesh has carved a niche for himself, as an accomplished flautist. Incorporating the tradition of his renowned uncle and infusing his personal style, he has evolved a style which while maintaining the purity of the flute manages to capture the attention of the young listeners too. The most accomplished of disciples of his uncle, however, shows all the promise to carry the Chaurasia legacy to new heights. Rakesh’s flute has matched note and rhythm with wind instruments of other cultures as well as having performed ‘jugalbandis’ with Carnatic and world famous instrumentalists. Rakesh’s forte is in blending his flute without really losing its identity in mixed instruments’ concerts. Rakesh has already globe trotted many times over, enthralling audiences at classical and non-classical concerts. He is also an accomplished studio musician having recorded with most of the leading stalwarts of the Indian film industry. Rakesh has been the recipient of numerous awards and accolades. He received the Indian Music Academy Award, presented by the Honourable President Of India, Dr..A.P.J Abdul Kalam in 2007, the Aditya Birla Kalakiran Puraskar in 2008, the Guru Shishya Award in 2011, IWAP-Pandit Jasraj Sangeet Ratna Award in 2013 and the Pannalal Ghosh Puraskar 2013. 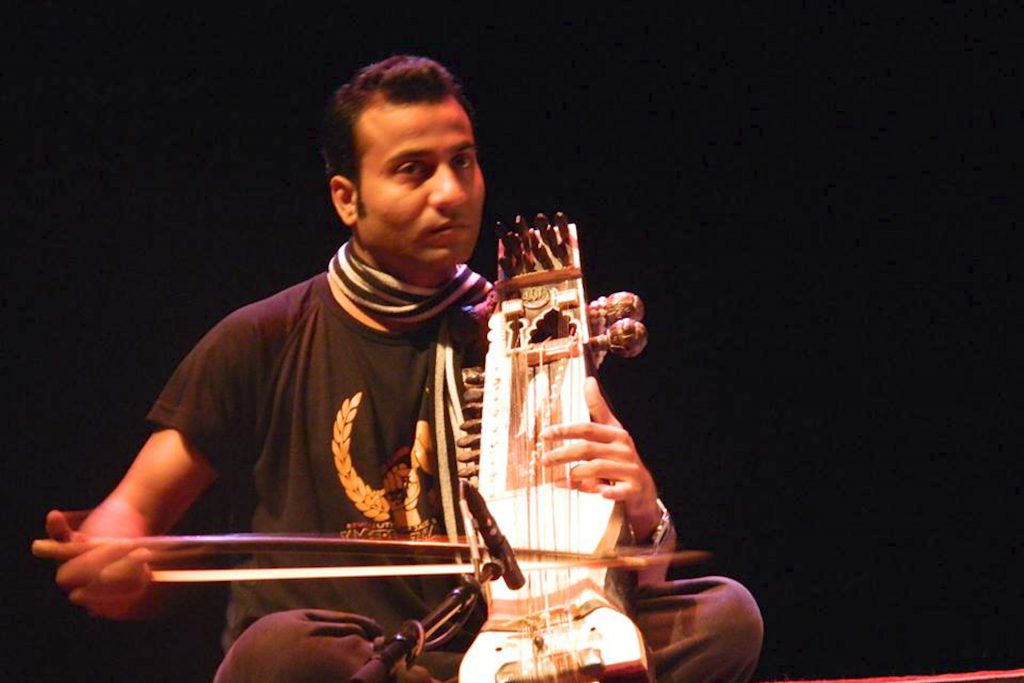 Sabir Khan was born in Jodhpur Rajasthan. Belongs to Sikar Gharana of music that has given several stalwarts to Indian classical music. He is the ninth generation to take up Sarangi, after his father the iconic Ustad Sultan Khan. Sabir khan is well known today for his delicate mastery of sarangi. His technique of playing is rare combination of sur and laya (note and rhythm). Sabir Khan already remarkably imbibed almost all of his great father’s repertoire with a similar command  and mastery on the sarangi. He has already drawn the attention of many musician and serious listener for his mastery presentations at various important venues in India, U.K. ,U.S.A., Europe etc. . Performed at various concerts and musical festivals throughout India and abroad. His the beacon of the younger generation a wonderful product of talented nurture. He have the promising future in the field of music.

Abbos Kosimov is widely appreciated as an international phenomenon; through his dynamic performances, Abbos is recognized globally as a master of doyra and an ambassador of Uzbek culture. Abbos was born in Tashkent, Uzbekistan to a highly musical family. He studied at the College of Culture and Music and under doyra master Mamurjon Vahabov and graduated in 1984. He also trained from the age of ten with Ustad Tuychi Inagomov, one of the few honored artists officially recognized by the Uzbek head of state. In 1991, Abbos won second prize in Central Asia and Kazakhstan’s Competition of Percussive Instruments.

Deepak Bhatt is a superb young player of the Dhol, a double-headed drum. A student of Taufiq Quereshi in the classical and Carnatic genres, he plays in a number of different ensembles playing music from classical to fusion to Bollywood. He has performed with Taufiq Quereshi, Trilok Gurtu, Niladri Kumar and Selvaganesh, among others, and was part of Zakirji’s 2009 Grammy winning CD, Global Drum Project.

Vijay Chavan was born to a family with a strong tradition of Indian folk drumming and singing and is one of the leading exponents of the Dholki, the premiere folk instrument of Maharashtra. He is a well-known performer in the Hindi film industry, working with Laxmikant Pyarelal, Anand Millind, Uttam Singh and Pritam, as well as the great Tamil film music composer, Ilayaraja. Vijay has performed with Trilok Gurtu, George Brooks, Giovanni Hidalgo and Terry Bozzio (Frank Zappa). 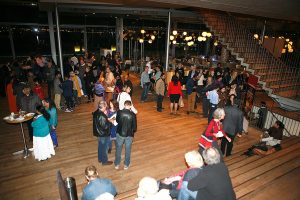 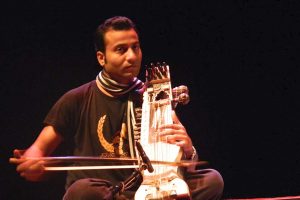 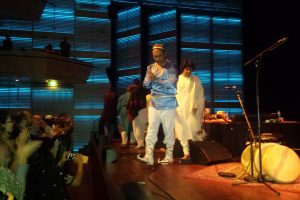 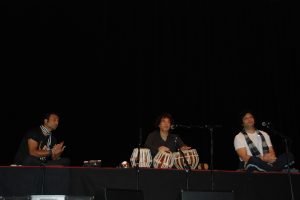 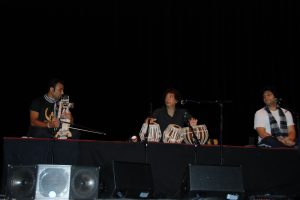 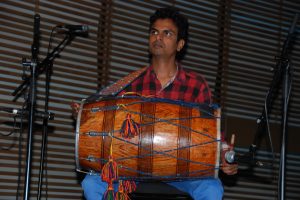 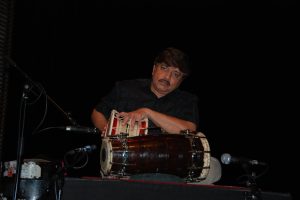 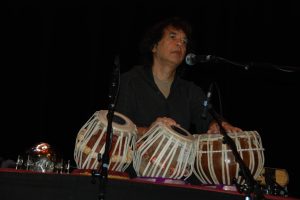 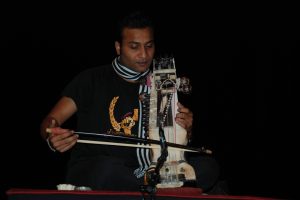 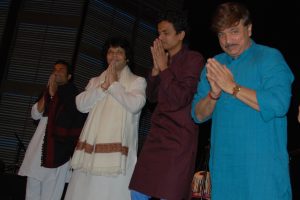 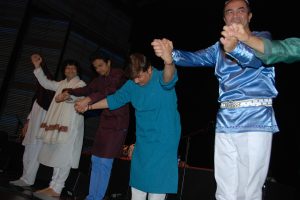 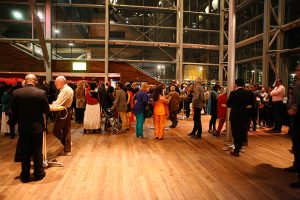