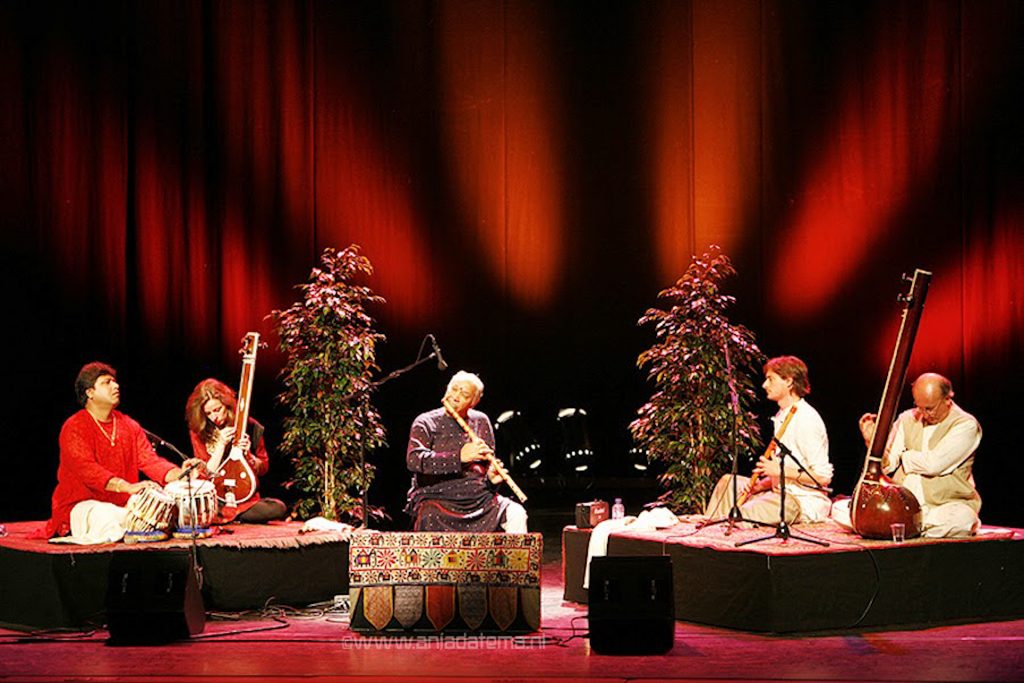 An internationally acclaimed flutist of India, Pandit Hariprasad Chaurasia is a very popular and eminent artiste par excellence who is known for his outstanding contribution in popularizing Indian Classical Music all over the world. Acknowledged as the scion of the Gwalior musical gharana, Meeta Pandit has emerged as a shining star in the world of classical music. Meeta is grand-daughter and disciple of Padma Bhushan Pt Krishna Rao Shankar Pandit, the doyen of Northern Indian Classical music in the 20th century, and the daughter and disciple of legendary Pt L K Pandit.

Upholding with great distinction the traditions of the Imdadkhani Gharana of Sitar, Pt. Budhaditya Mukherjee’s name has long become synonymous with the sitar. Considered as the leading sitarist of his generation, Budhadityaji has received his entire training in Sitar and Surbahar from his illustrious father, Late Pandit Bimalendu Mukherjee, the well known sitarist and a doyen of the Imdadkhani Gharana of sitar, who initiated his son into sitar from the age of 5.